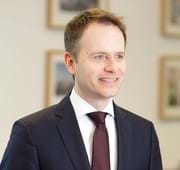 EDSA Group was acquired by Triton Fund III in December 2012

European Directories (EDSA Group) is a leading European local search provider, specializing in local search products with a focus on digital offerings, benefiting millions of users. The Group has operations in Austria, Finland and the Netherlands under the brands Herold, Fonecta and Youvia, respectively. Although the Company has a history of being the incumbent directory provider in its markets, it currently also has a significant presence in the digital marketing space.

Triton further developed the Company by selling the Polish business and shifting the management team to the Netherlands. Triton provided additional capital for the new digital business segments through both organic growth and several acquisitions. European Directories currently has 1,500 employees with revenues of €275 million in 2016.

The Company is still progressing with its transition from print to online, and further digitalizing its online business. The share of print revenues has reduced from 34% in 2010 to 15% in 2014, whereas new media products grew to 24% in 2014. European Directories currently has over 300,000 business customers.