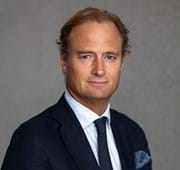 DYWIDAG was acquired by Triton Fund III in June 2011

DYWIDAG’s systems are found in iconic projects such as The Golden Gate Bridge, Panama Canal, Kap Shui Mun Bridge, and Freedom Tower. With more than 1,500 employees and growing, the Group has 25 licensees in 50+ countries serving 10+ infrastructure sectors.

In 2010, DYWIDAG, formerly DSI, was taken over by its lenders after the company was unable to service the debt from a buyout in 2007.  During the sales process, Triton built a strong relationship with DYWIDAG's management. This, together with being a solution provider and securing guaranteed financing for the acquisition, was central to Triton acquiring DYWIDAG in June 2011.

Learn more about what media platforms are writing about DYWIDAG: