Seves was acquired by Triton Fund III in October 2014

Seves Group is a global manufacturer of glass and porcelain insulators for power transmission and distribution and glass blocks for architectural and interior design applications. The Group's Sediver division is the global market leader in glass insulators, used primarily for high voltage applications, and has been in operation since 1947.

Seves Group was previously owned by a consortium of Private Equity Houses who acquired it in 2006 and then added the porcelain insulators business through the acquisitions of PPC Insulators and Insuladores Santana, a Brazil-based porcelain insulator manufacturer in 2007. With a highly leveraged capital structure following these acquisitions, Seves was severely hit by the financial crisis.

Triton followed the situation closely. In the fall of 2012, it became clear that a third round of restructuring would be necessary. At this stage Triton entered into dialogue with the owners and the debt-holding banks to restructure the capital structure and inject new capital to make the Group viable.

Triton established good relationships with the stakeholders, conducted site visits and undertook diligence both on the business and particular legal/tax risks identified by it. The Firm invested substantial time and resources into understanding the Group's situation and devising strategies to address the commercial, financial and legal/tax challenges involved. While other strategic and financial parties expressed interest in this situation, they were unwilling or unable to address these issues in a convincing manner. As a result, it became clear to the shareholders, management and banks from about Easter 2013 that Triton was the only credible partner for a consensual restructuring of the Seves Group. Based on this, Triton was able to engage in bilateral dialogues with the key stakeholders and eventually to craft a solution which met their divergent objectives. Triton acquired Seves in October 2014. 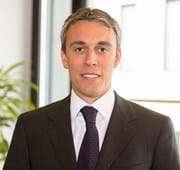